Many of us picture out giving birth as a process where the mother has to lie down on the hospital birth while the doctors and nurses are assisting her in delivering the baby. Regardless if it’s Caesarian or normal delivery, this is the usual image that has been embedded in our minds when talking about childbirth. That is why most women adopt this kind of birthing position.

But historical and even anthropological evidence shows that lying-in is a relatively recent phenomenon as modern society has moved to an advanced surgical mode of medical care. In fact, written records and cave paintings have demonstrated how women were laboring upright in ancient times – whether they were using a stack of bricks, holding onto ropes or leaves, or sitting on a birthing stool. Even, the famous Egyptian queen, Cleopatra, was shown to give birth in an upright position by kneeling during delivery sometime between 69-30 B.C.

Needless to say, the upright birthing position was once considered as the common childbirth practice until it was replaced by the lying down method in recent times. But recently, more and more expectant mothers want to try it out. And if you want to know why, then we suggest you keep reading as we are going to explore this topic further in today’s entry.

A Much Better Way To Give Birth

Most scientific and medical researchers believe that the upright birthing position is more beneficial for both the mother and infant physiologically. In short, this position promotes better health in terms of the mother and child’s normal function of their bodies. And gravity plays and crucial role in this physical development since it assist in the descent of the infant, which also helps the mother in having: 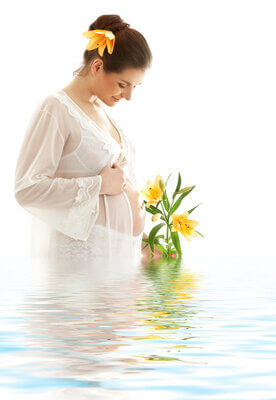 Laboring upright does not mean standing only, even if it is considered a great position to give birth in – as there are many types of upright birthing which are classified based on the bodyweight of the mother if it’s on the sacrum bone or not to take off the weight and facilitate in the expansion of the pelvis to possibly make the birth spontaneous.

Here are the types of upright labor positions that take-off weight on the sacrum:

Overall, an upright birthing position is more beneficial, according to medical experts since it helps it the ease of giving birth and the positive physical development of the mother and her baby. However, lying down while giving birth may still be beneficial in certain cases such as correcting shoulder dystocia on the baby.

So it’s recommended to best consult your doctor first so you’ll be advised to choose the best method of birth for your situation.